Commercial Insurance and Tech Not So Different After All

Commercial Insurance and Tech—Not So Different After All

When I started Broker Buddha, I’ll admit I had some doubts that the years I spent working in technology would transfer to the world of insurance. I was confident about my abilities to lead a team and grow a business, but the category of insurance was entirely new to me.

I wondered how my years at consumer-facing technology companies like Shazam and Tumblr would translate well into the world of insurance. My focus before was growing a business through strategic partnerships with ubiquitous brands like Apple, Google, Samsung, Verizon, and LG. What would I be able to offer professionals in a detail-specific, high-touch industry like insurance? How would l fit in? How could I make sure that what we offered at Broker Buddha was relevant to agencies and truly transformative for their operations? I wanted to walk the walk, not just talk the talk.

I know all about prevailing stereotypes—tech people are usually pegged as nerdy coders. And there are plenty of tropes about insurance agents—high-pressure sales types, more concerned about commissions than clients, mainly dudes who like to golf. But as I began to meet brokers and agency owners, I was reminded that the labels we put on people and entire industries are tired and stale. There is far more diversity among the people and the thinking in this industry than outsiders know.

Turns out, my personality, goals, and values match up awfully well with the professionals I have met in commercial insurance. What’s more, the challenges I face in the tech world are not so different than those tackled by the people who run agencies. We’re all trying to do more with less, to grow revenue without adding a bunch of overhead, to stay ahead of the latest developments and avoid turning into a dated relic. I often thought that was only the world of tech—where today’s hot commodity is tomorrow’s footnote—but commercial insurance agencies are also under intense pressure to ensure the way they provide their services is attractive to both current and future clients.

Before long, I stopped worrying about the differences between tech and insurance. And started to think about all the similarities. Here are three that I discovered right away.

A while back, a member of our sales team sent an email asking about scheduling a demo, and received this reply:

“I’m a small cog and don’t have any influence.”

Hmm, I thought. That doesn’t sound like a particularly motivated employee. I also figured that’s probably an employee of an agency that’s going to struggle. Because whether the location is El Paso or New York City, the best agencies are working hard to attract and retain top talent.

At the end of the day, both tech and insurance are about getting the most out of great people. It doesn’t matter if the person is writing policies or writing code, motivated people drive companies.

So what motivates talent? Money, for sure, is one thing. Everyone likes to be rewarded financially for their efforts. But there are limits to how much money will do. Even the most well-compensated employee will lose focus if they feel they’re not as productive as they could be or if their contributions aren’t having the impact they would like.  People need a purpose.

An important element of keeping employees motivated is making it easy to do the parts of the job they enjoy the most. For instance, the best programmers don’t love spending a bunch of time in conference rooms as details are hashed out during a meeting. They would rather be free to focus on writing code instead of spending hours talking about it.

Brokers? Well, it doesn’t take a management guru to know that the best ones aren’t huge fans of administrative work. They want to be closing deals, engaging in good client relationships, and building their book—not reminding a client to return their scanned and signed PDF, or sending out separate emails to a bunch of different carriers to secure quotes.

Of course, there’s no shortage of media coverage focused on the lengths that technology companies will go to retain or attract top talent. Free lunches, foosball tables, flexible schedules—we hear about them all the time. Other industries, including commercial insurance, might feel like they don’t measure up. But I would venture that lots of people head into tech for all the wrong reasons—a long, fulfilling career is not based on Sushi Wednesdays.

It’s no wonder that both the leading technology companies and the very best agencies worry less about perks—and more about the elements that really attract and retain great people. Instead of Ping Pong tournaments, the best companies in both industries provide rewarding, interesting, and productive work. That means less time spent on tedious, administrative work, and more hours focused on efforts that have a recognizable impact on both their own and the company’s success. Whether it’s tech or insurance, the way to show your best people they matter is to free them from the most monotonous aspects of the job.

In tech, the pressure to update and improve is constant. Complacency is a killer, as all those recycled BlackBerrys prove.

Caught up in working for technology companies, I came to believe other businesses did not move at the same speed. I was surrounded by people chasing the next unicorn, and it seemed like we were all working at a pace that others did not.

Boy, was I wrong.

After just a few months around insurance professionals, I realized that time matters in this industry just as much as any other. And the agencies that understand that—and implement processes to speed their workflow—are the ones that are succeeding.

My hubris—that tech was an industry more time-crunched than any other—was way off. Commercial insurance agencies face serious, similar demands on this front, too.

Agencies need to do more with less, and serve an evolving, more tech-savvy client base. People have become accustomed to an Amazon order arriving within hours. Is it any wonder they expect the insurance process to move faster as well?

It’s been noted that, “…the insurance journey has rarely been pleasant.” For agents and their customers, the slow turning of the gears during the application and renewal process can me maddening. When people are forced to update forms with information they have already provided, they start to think their time isn’t considered valuable. Faster matters to everyone, especially when it comes to the insurance renewal process.

Again, when I worked in tech, I believed the inevitability of change in that industry was unique. After jumping into commercial insurance, I quickly realized this is an industry that is changing almost as rapidly.

Sure, there’s some catching up to do. Insurance was slow to replace outdated processes with seamless, less time-consuming alternatives. But today? The movement to transform the industry is well underway. The buzz around insurtech may be a bit much at times, but there’s no question the agencies that are positioned for success are leveraging technology to improve and enhance everything they do.

And technology isn’t the only way the industry is changing. On a daily basis, I read about new lines of business or emerging risk in a specific category. A commercial insurance agency that fails to adapt and adjust can find itself with a diminished client roster.

When I talk to the commercial insurance professionals who are enjoying success, I’m struck most often by the changes they have made in their business. Whether it’s a different model for securing quotes or a new approach to prospecting, they are not sticking with the status quo. They aren’t simply looking to manage their current book of business—they are actively seeking new approaches that will make them more attractive to their client base of the future.

Commercial insurance and Tech—The Challenges are the Same

As I noted, when I left consumer-facing tech I had more than a few doubts about my move. I know how to grow technology companies, and I understand how to develop and market big ideas. But would I be able to help my team deliver valuable solutions for commercial insurance agents?

The answer, it turns out, is Yes. The Broker Buddha client roster is looking for many of the same things as the users of any technology. They want more time, greater efficiency, and increased automation to free them up to do things they really enjoy.

Our software provides that.

Take it from this tech veteran: the worlds of insurance and technology are far more similar than you might expect.

Even in uncertain times, our platform is gaining traction—usage has tripled in recent months. 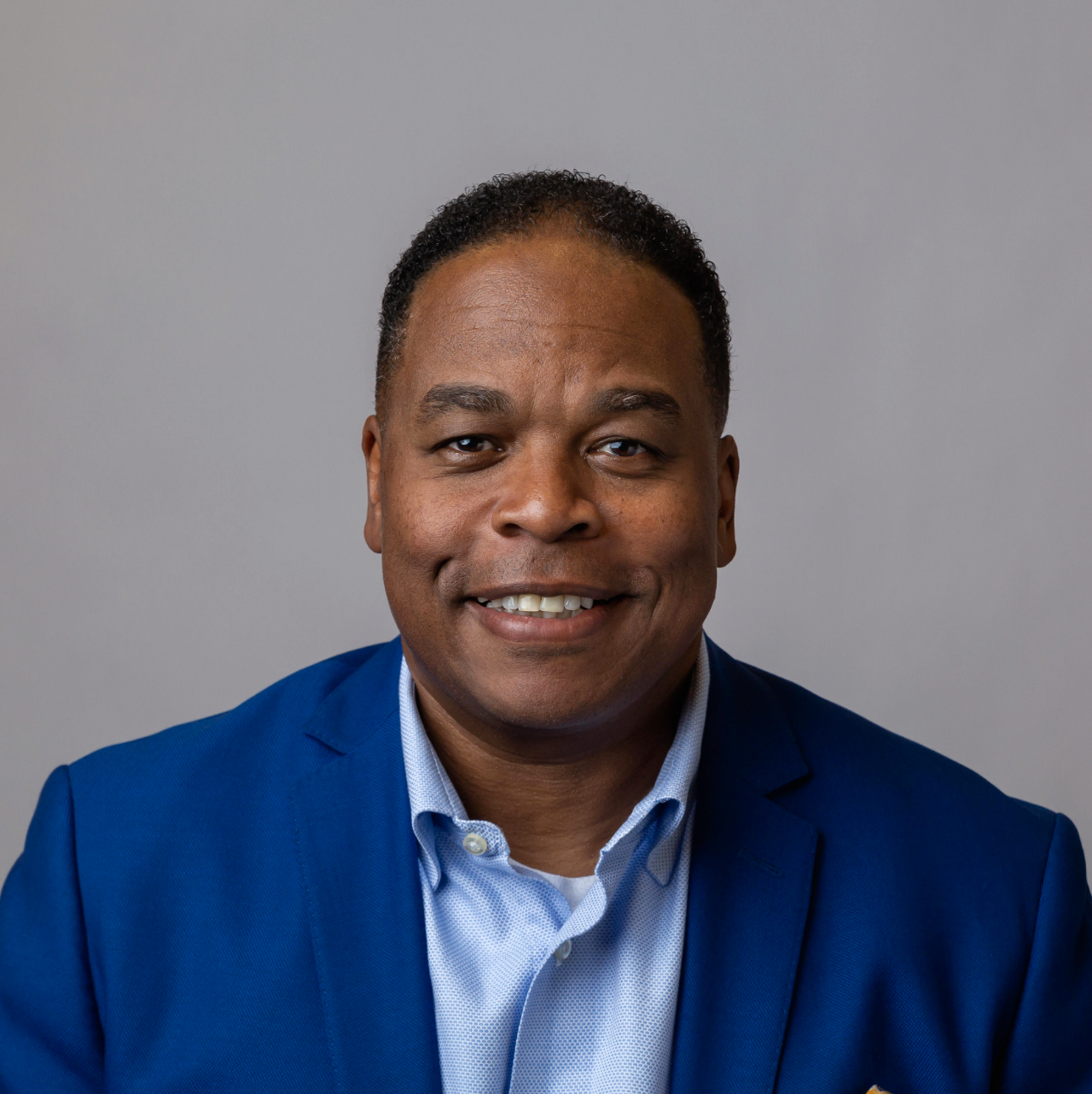 On this weeks episode of The Enlightened Agent, Broker Buddha's CEO, Jason Keck, is joined by Derek Thomas, Chief Strategy Officer at Galway Holdings. Over the past 10 years at Galway, Derek has been focused on data and digital strategy as well as implementing insuretech like Broker Buddha. As an African American leader, Derek has always championed diversity, equity and inclusion at all levels of an organization. Jason and Derek dive into Derek's perspective and experience as an African American leader in a predominately White male dominated industry.