Steve Miller launched the Insurance Office of America (IOA) Innovation Group just one week after the COVID pandemic sent the state of California into quarantine last March. The timing may have been less than ideal, but Miller was excited about a new opportunity and a chance to have more autonomy within a broker-centric, forward-thinking organization.

He was also looking forward to introducing transformational digital solutions to his clientele.

“We need to do more to keep up in the insurance industry,” he noted. “When it comes to technology, we’re very legacy, very slow-moving.”

A tech investment for insurance renewals.

For Miller, embracing new approaches to make the insurance journey less arduous was especially important. Based in northern California, many of the companies he counts as clients are in the tech sector.

“One of my main verticals is autonomous vehicles,” Miller remarked. “So I’m talking to people who are teaching machines to drive, and here I was sending them PDFs or emailing questions for renewals. That was really at odds with their mindset.”

Miller has the independence at IOA to run his business in the way that he believes will produce the best results. He also has responsibility for many expenses.

“On the plus side, that means I can invest in ways that I believe will produce real and significant ROI,” added Miller.“So I wanted to implement software to speed renewals, it was a matter of me talking to the Broker Buddha team, evaluating the platform, and then deciding it was a worthwhile use of my own money.”

Throughout his 15-plus year career at other agencies, Miller knew renewals as a chore that was dreaded. Teams would start by digging out the necessary information from the Agency Management System (AMS). Then all of that information had to be transposed to the new application. If it wasn’t, or if the job wasn’t fully completed, it fell to the client. Which usually meant, for good reason, that client was annoyed and frustrated.
‍

Typically, the PDF that was sent could not be edited, so the client would have to print it in order to complete it. When it was eventually returned, there were always at least a few pieces missing. So the agency would have to contact the client again for more information.

“Now take that whole process and multiply it by, say, five, ten, or a hundred policies,” Miller noted. “You just get frustration on all sides—clients, employees, everyone.”

For Miller, it’s about bandwidth—humans only have so much of it. When his team started using the Broker Buddha platform, renewals were completed in far less time, and tedious administrative tasks were eliminated.

“It’s also about employee engagement and agency growth. If you’re bogged down doing things the way you always have, you’re not going to grow.”

Asked about the Broker Buddha features that have made the biggest difference for his business, Miller explained how much he likes the ability to tailor an application so it requires the least amount of time and effort for his clients.

“If I can take a form that has 40 questions and reduce it so my client only sees nine, that’s a win,” Miller said.

A feature that he has found surprisingly helpful is the Net Promoter Score survey built into Broker Buddha renewal process. It’s helped him learn if there are any gaps in his service, how client interaction with IAO went, and which clients will be a good source for future referrals.

Our platform was one of Miller’s very first technology investments, and he is knows it is paying off.

“I would estimate that it’s cut our administrative work by about 50%. That’s a lot of additional time we can use towards growing the firm.” 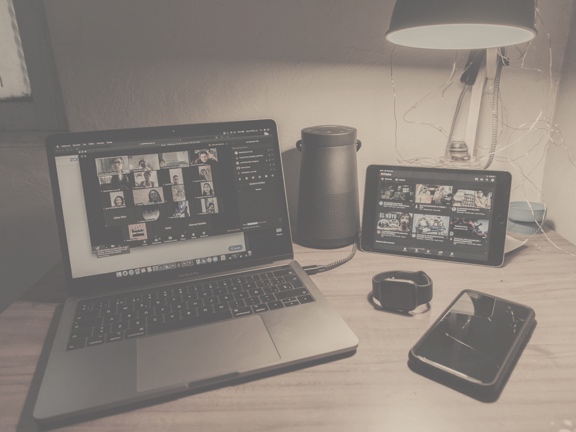 A virtual conversation with BrokerTech Ventures.

In February, we were selected for the Accelerator program at BrokerTech Ventures (BTV). We caught up with Susan Hatten, COO at BTV, and John Jackovin, Executive Director of the BTV Accelerator.